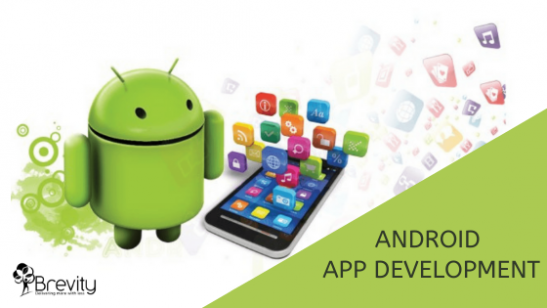 Android OS has been primarily designed for touch screen mobile devices like tablet computers and smartphones. Initially developed by Android Inc., financially supported by Google, and later purchased by Google in the year 2005, Android was revealed in 2007 together with the founding of Open Handset Alliance (a group of software, hardware, and telecommunication companies dedicated to advancing open standards for the mobile devices). This Android has become the buzzword of technology nowadays with a market share of 42% in different devices worldwide.

Android app development is open-source unlike their opponents Blackberry and iOS. The development tools needed for the Android applications are free so you don’t need to purchase them from a special developer’s phone or register hardware as the development device.

An Android Software Development Kit or SDK gives you API libraries as well as developer tools required to create, test, as well as debug different apps for the Android. This is amongst the most well-known SDK utilized for Android.

The new Android developers may download an ADT Bundle to rapidly start developing apps. This includes the important Android SDK modules and an Eclipse IDE version having in-built ADT (Android Developer Tools) for streamlining Android app development. Some important components of the ADT Bundle include:

Recent Version of an Android platform

Recent Version of an Android system image about the emulator extra Details about Android SDK as well as installation instructions could be received from http://tigabyte.com/index.html

NDK is the toolset, which allows Android developers to apply parts of the app through native-code languages like C & C++. The NDK could be very helpful for the developers because they can reprocess current code libraries given in the languages. The most significant point to be measured here is that the NDK won’t benefit the majority of apps. A developer requires to balance its benefits over its drawbacks because the native code might not always upsurge the performance, however, usually increases the intricacy. Choose NDK only when it is necessary for your app, never do that just because you prefer programming in C/C++. For more information about NDK downloads as well as other bug fixes, just visit: http://developer.android.com/tools/sdk/ndk/index.html

The Titanium SDK offers community developers having an unmatched capability to make mobile web, quality native, or rich-hybrid mobile apps to all the platforms from any single-code base with JavaScript. Having more than 5,000 APIs, the Titanium helps you deliver a great user experience in a fraction of a second compared to conventional native platforms.

Though the Titanium has some drawbacks like User Experience problems, flexibility limitations, and difficulty problems, Titanium still holds first place for Android as well as other cross-platform mobile apps development

For more information about Titanium Mobile SDK, you can visit: http://www.appcelerator.com/platform/titanium-sdk/

This Hyper Next Android Creator is an effortlessly usable software-making system that allows nearly everybody to quickly start making their own Android mobile apps, which work. Apps created on HAC give good support on a wide variety of devices.

HAC operation depends on HyperCard that treats software as the stack of cards in which only one card is evident at a time and therefore, it is well-suited for the mobile apps that allow single-window operations.

A programming language utilized in the HAC is called “Hyper Next” and it is similar to English, making that easy to learn and implement.

For more information about HAC, you can visit http://tigabyte.com/index.html

The Adobe® AIR® allows the developers to set the similar codes into native mobile apps for iPad, iPhone, Nook Tablet, Kindle Fire, as well as other Android devices, getting mobile app stores for more than 500 million devices. Working on the HTML, Action Script, and CSS, AIR lets the users develop cross-platform apps to save time and minimize the development cost.

Brevity’s approach helps you achieve all your business goals. From Mobile Application Development, Mobile UI Designs, Data Integrity &security, and Mobile Device Management. To get more information and a free consultation, contact us.