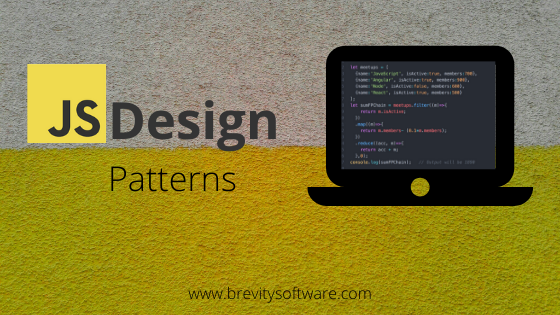 What are the Designing Patterns in JavaScript Development?

Software Design Patterns could be defined as the software template or a description of solving the problem, which occurs in different instances whereas designing a Software Framework or a Software Application.

Mainly, there are three types of JavaScript Design Patterns in JS Development. Let’s go through them in details one by one:

Abstract Factory: It creates a case with numerous families of classes. It offers an interface for making families that are associated with or dependent objects with no specifications of the concrete classes.

Prototype: This is a fully-initialized example that can be cloned or copied. Especially, the type of object for creating using the prototypical example, make new objects through copying the prototype.

Singleton: This is fully-initialized instances to get copied or get cloned. This is of a particular type of objects for making using the prototypical instance as well as make new objects through copying the prototype.

Adapter: This matches the interfaces of different classes. It also converts an interface of the class into one more interface excluding the one getting a client. This adapter also allows classes to work together, which might have not been else because of incompatibility interfaces.

Bridge: This separates the object’s interface from the implementation. Decoupling any abstract from its operation so that the two could differ individually.

Composite: The tree structure is of easy and composite objects, well-composed objects into the tree structures for representing part-whole orders. Composite allows the customers to treat individual objects as well as compositions about the objects consistently.

Facade: One single class, which represents a whole subsystem as well as offers a unified interface for the set of interfaces in the system. Façade describes the higher-level of the interface that makes a subsystem easy-to-use.

Responsibility Chain: This is a way to pass a request between the chains of objects. This avoids coupling with a sender as well as sends the request to the receiver by providing multiple objects with a chance if handling the request. The getting objects are restrained as well as passed the requests along the chain until the object handles that.

Command: This encapsulates the command request like an object. Encapsulated requests as the object, so allowing you to parameterize clients with the various request, log requests or queue, and support various operations.

Interpreter: This is a way of including language elements within the program. Provided a language, outline a representation for the grammar together with the interpreter, which uses the demonstration to interpreting sentences in a language.

Iterator: With this, the sequential use of elements of the collection offers a way of using the elements about aggregating objects sequentially without revealing its underlying depiction.

Mediator: This defines as well as simplifies the communication between different classes. Define the object, which encapsulates how the sets of objects interrelate. Mediators promote the loose connection by keeping the objects from mentioning to each other openly, and it allows you to vary the interaction individually.

Observer: This is the way to notify the changes to many classes. This defines a one-to-many dependency between the objects so that once one object alters state, all the depending’s are informed as well as updated automatically.

State: This changes the behaviour of any objects when the state changes. It permits an object to change its behaviour whenever the internal position changes. The objects will look to change their class.

Strategy: This summarizes an algorithm within the class as well as defines the family algorithms, summarize everyone, as well as make them substitutable. The strategy allows the algorithms independently from the customers that use that.

Now as you have gone through the fundamentals of JavaScript design patterns, you will have a better idea about different patterns of JavaScript Development.